I woke up on Monday (15 August), with a strong urge to go and visit Morwenstow in North Cornwall and the church of St. Morwenna. I'd only heard about her a few weeks ago and was extremely interested in this saint as we share the same name. OK, my name is a slight variation of the traditional spelling as I'm Morwhenna. But a Morwhenna still the same.

So after doing a spot of research, which involved checking google maps and emailing the church curate to check it would actually be open (Is open all the time) I decided to make the trip from Bristol to my church and check this lady out!
All I knew at this point was that she was the daughter of a Welsh King - Brychan Brycheiniog who lived in the Brecon Beacons and that she was born around c.AD 480. (That's 1,531 years ago! WOW). She travelled to a place called Hennacliff - which was later renamed Morwenstow and built a church there. Apparently she chose that spot as on a clear day she could see her home land of Wales. I'd also discovered that her feast day was 5th July - so had decided to adopt this as my 'summer birthday' (my 'official' birthday being 23 November)......
When I arrived it was quite busy so I went to the Rectory tearooms first for a spot of lunch after my long journey (took about 21/2 hrs in my little Henry!). Wow what a fantastic place. 13th century and amazingly good food. This was the original rectory - A new one was built in the 1800s by Rev. Hawker as he didn't like the original.
After having my fill, it was time to walk down to the church. I was very excited!
There were a few other people there, but they left fairly soon after I entered, so I had the place to myself.  It's a lovely old church and it felt very calm and peaceful. The only sounds to be heard was a family of swallows that had taken up residence in the roof. I had to be careful where I sat...
I must have been in there for at least an hour before anyone else came in to the church, so I was very lucky. While I was there it got me thinking about actually following in her footsteps and making the journey from her homeland in the Breacon Becons all the way down to Morwenstow. I could feel an adventure in the making....
I should add though that I did know my name had links to a Welsh king and I always belived it to mean 'girl from across the sea' as I had a letter from the Bard of Cornwall, which my Mum was given on the 28 February 1975. Obviously I'd never really read it properly, as St. Morwenna is mentioned - along with Morwenstow. I just think I wasn't ready (or that interested!!) before to find out more. But now I was - and more than ready!
On the way back I had so may questions buzzing through my head like:
So, yes, lots of questions...! 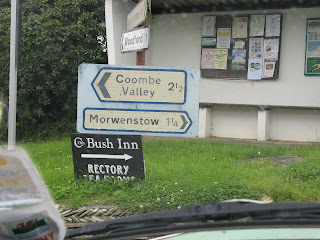 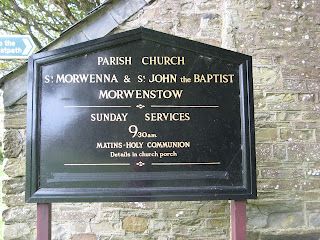 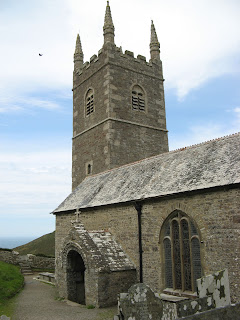 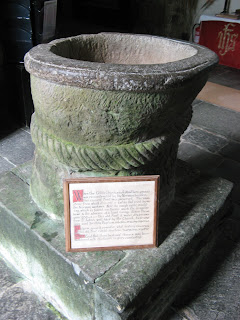 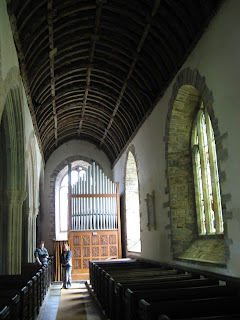 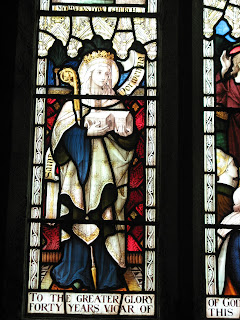 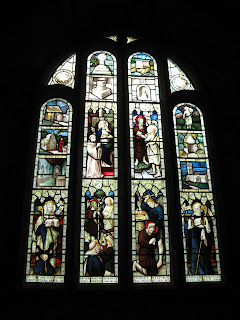 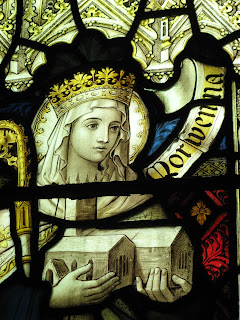 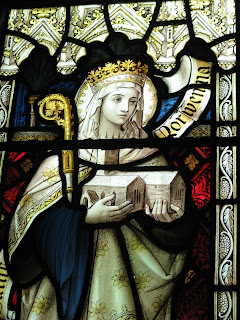 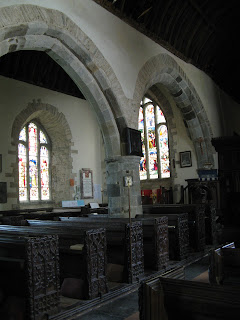 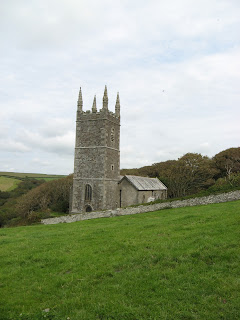 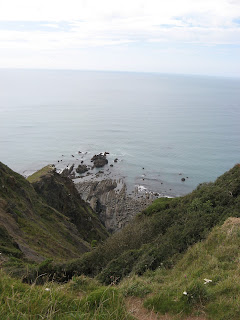 Posted by Morwhenna - Creative Adventurer at 01:36